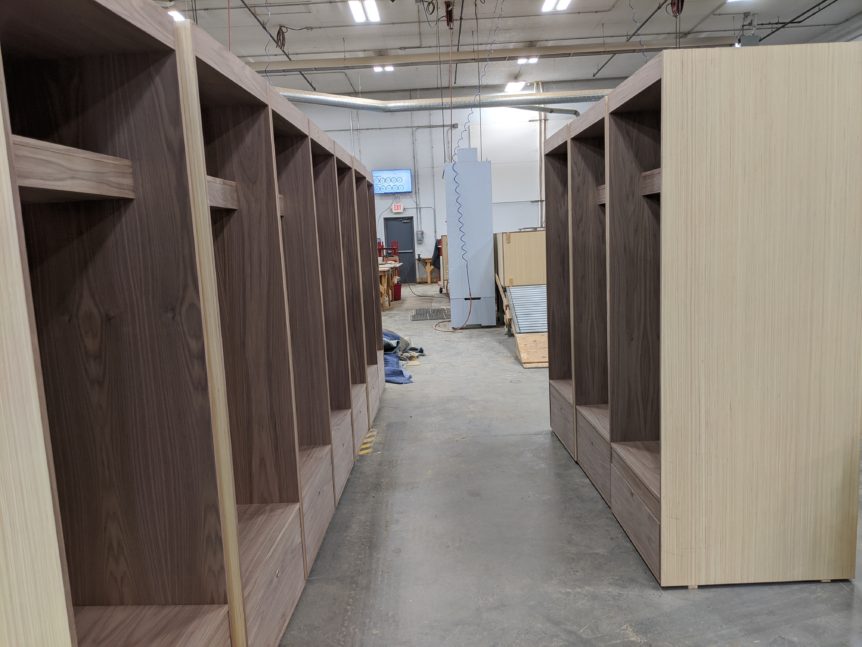 A few photos of the lockers that will be going to Werner Park in Omaha.  These lockers are made out of a MDF core with a walnut veneer, as you can see from the darker color and woodgrains.  They have a larger upper section with hooks and a shelf and then the lower section has a heavy duty drawer for shoes and footwear.  Also used in these lockers is a chrome Parker bath hook, made of solid brass. 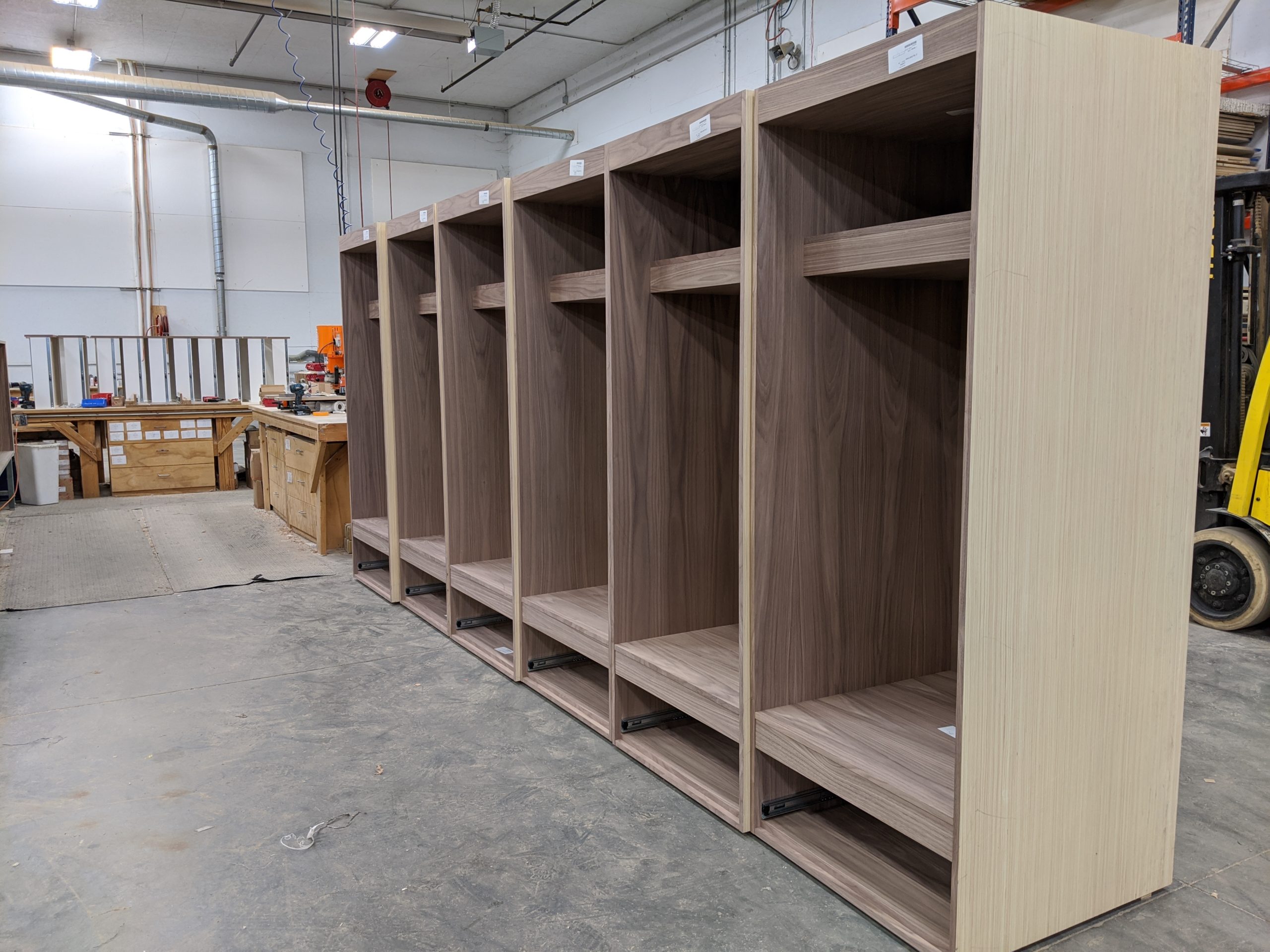 Below is a quote from Wikipedia about Werner Park:

“Werner Park is a minor league ballpark near Papillion, Nebraska, a suburb southwest of Omaha. Opened nine years ago in 2011, it is owned by Sarpy County and is the home of the Omaha Storm Chasers of the Pacific Coast League, and USL League One soccer club Union Omaha.”

Below is another quote from Wikipedia about the Omaha Storm Chasers baseball team:

“The Omaha Storm Chasers are a Minor League Baseball team of the Pacific Coast League (PCL) and the Triple-A affiliate of the Kansas City Royals. They are located in Papillion, Nebraska, a suburb southwest of Omaha, and play their home games at Werner Park which opened in 2011. The Storm Chasers strive to be the most affordable, family-friendly, entertainment option in the Omaha metro. The team previously played at Johnny Rosenblatt Stadium, home to the College World Series, from 1969 to 2010.”